Also known as Bavljenac, a small island located in the Šibenik archipelago belongs to the Republic of Croatia. It is fascinating how this little island got the nickname "fingerprint island". The whole mainland is covered with a series of dry-stone walls. Combined with the circular shape of the territory, the paths of the stone walls give the island a unique look, reminiscent of a human fingerprint when viewed from above. 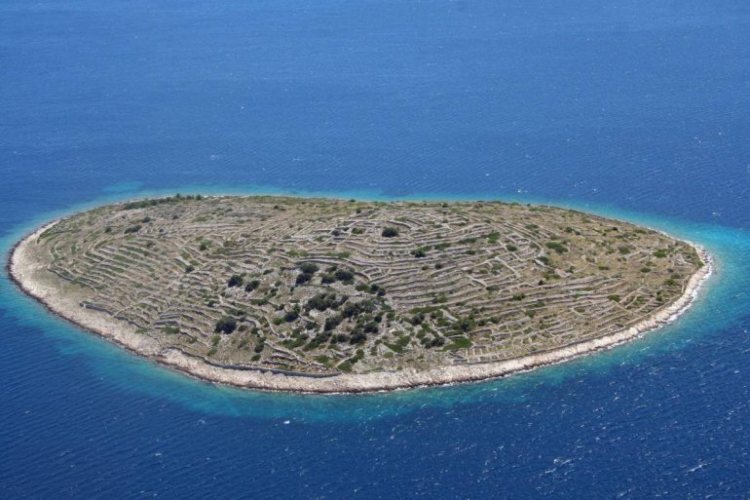 In order to grow food and make wine, the locals built a complex of stone walls to prevent the elements from evaporating from the precious land. On only 14 hectares, there are almost 24 kilometres of walls that were built by hand 200 years ago.

Viewed from above, this island looks identical to a giant human fingerprint in the sea. This history and enigma attract many tourists, which worries the local community. Due to the dry-wall, the island is on the UNESCO test list to be placed on the Cultural Heritage List. The Croatian government is seriously negotiating with UNESCO to include the island on its World Heritage List, because they hope that one day it will be a "fingerprint" on the global spectrum.