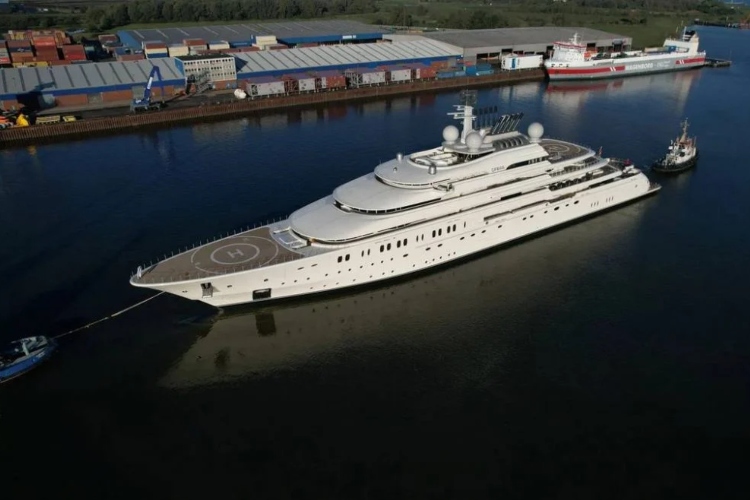 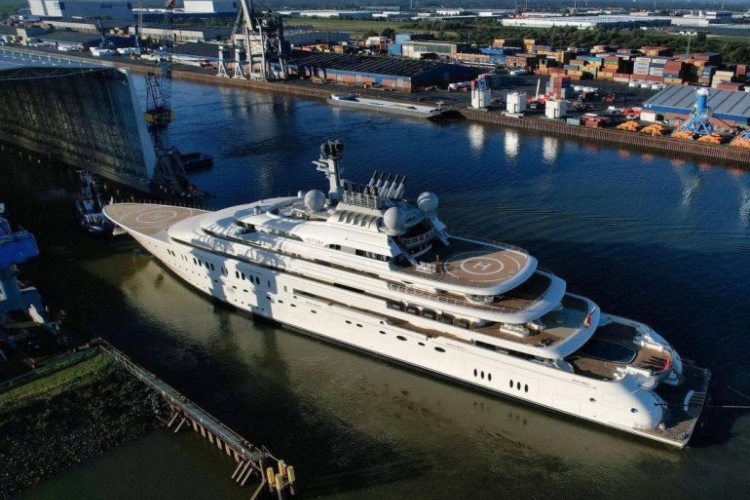 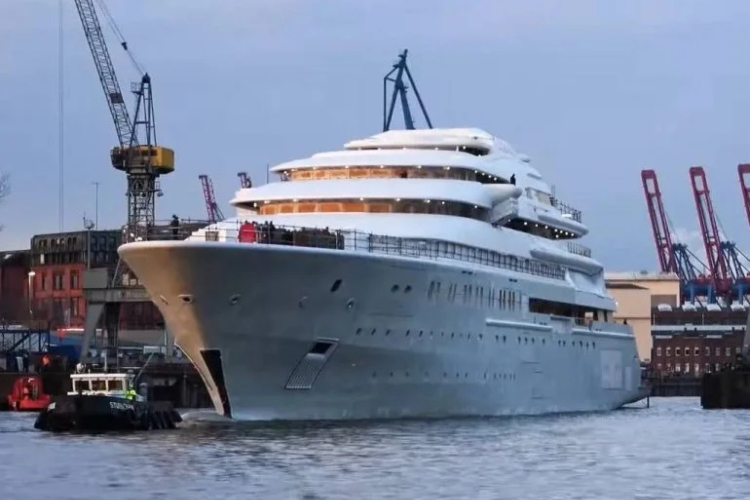 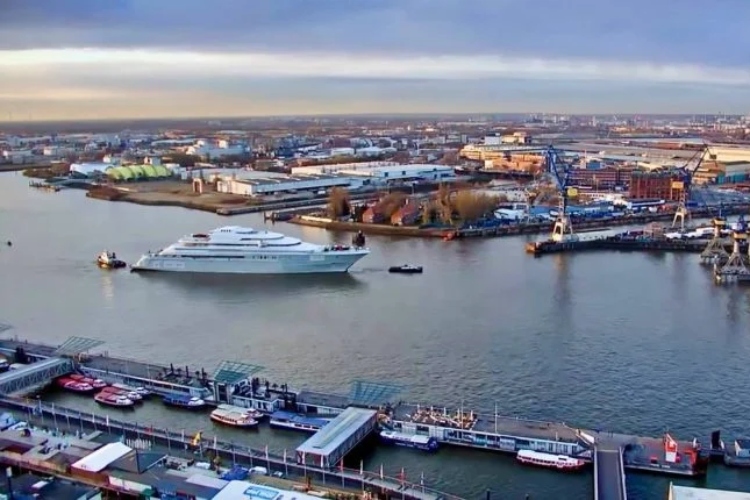 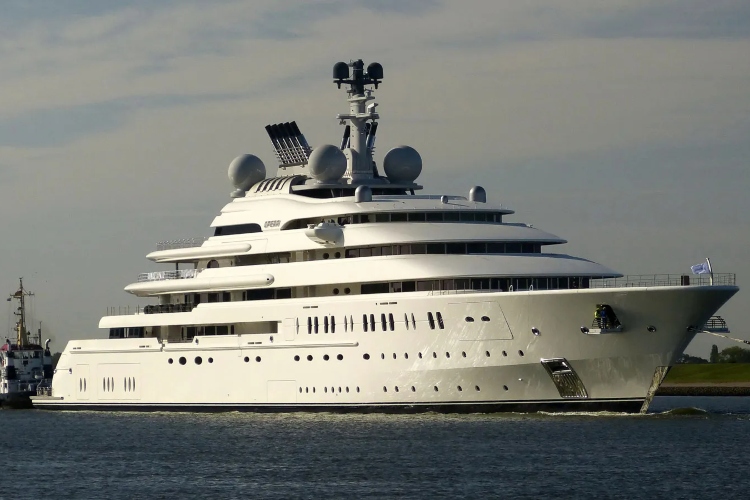 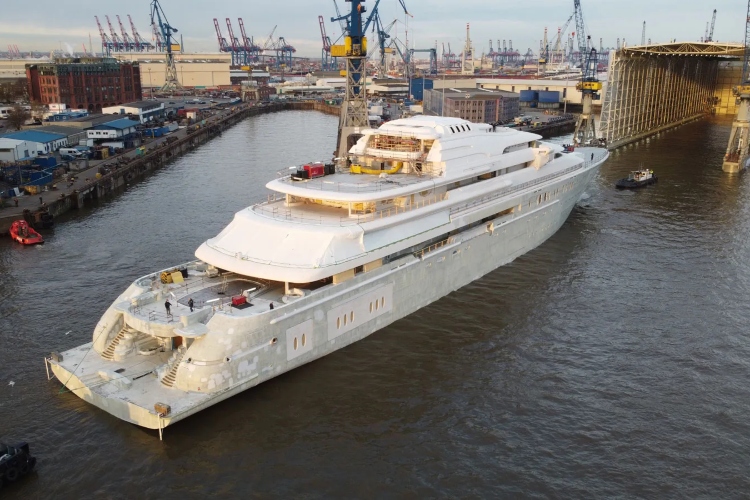 Superyacht Opera wowed onlookers as it was launched from the Lurssen shipyard in Bremen, Germany. The magnificent superyacht has gigantic proportions thanks to a gross tonnage of 11999.0 GT and a beam of 20 meters.

The stunning luxury yacht is built with a teak deck, steel hull and aluminium superstructure. We'll have to wait a little while longer to get a peek inside its interior, but official images reveal a jacuzzi on the sundeck and a swimming pool on the main deck aft. The yacht has seven decks, which implies that there will be enough space to accommodate guests and a fairly large owner's suite. We won't be surprised if the primary suite turns out to be a multi-level wonder that looks like a five-star hotel.

The design team remains under wraps for now, but the yacht's lines resemble a number of Terence Disdale's projects. A Lurssen beauty of this shape, scale and size will likely be equipped with state-of-the-art entertainment systems and amenities and storage for a range of water toys. The images also reveal a helipad on the foredeck, as well as a large swimming pool on the main deck and a spacious beach club.

Superyacht Opera is worth 450 million dollars, and the magnificent yacht was commissioned by Sheikh Abdullah bin Zayed Al Nahyan, Minister of Foreign Affairs of the United Arab Emirates. The beautiful yacht is scheduled for delivery in 2023. 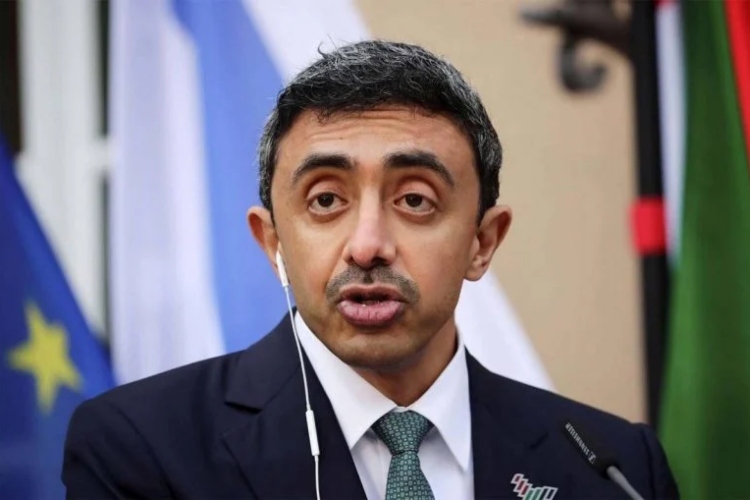 The Minister of Foreign Affairs of the UAE is a man whose worth is estimated at 10 billion dollars. The political science graduate is the half-brother of the late UAE president and Abu Dhabi ruler Khalifa bin Zayed Al Nahyan. It seems that owning giant yachts is a family hobby as the president was also the proud owner of the giant yacht Azzam. Sheikh Abdullah bin Zayed Al Nahyan is Chairman of the Board of Directors of the Development Foundation and Deputy Chairman of the Board of Directors of the Abu Dhabi Development Fund (ADF).