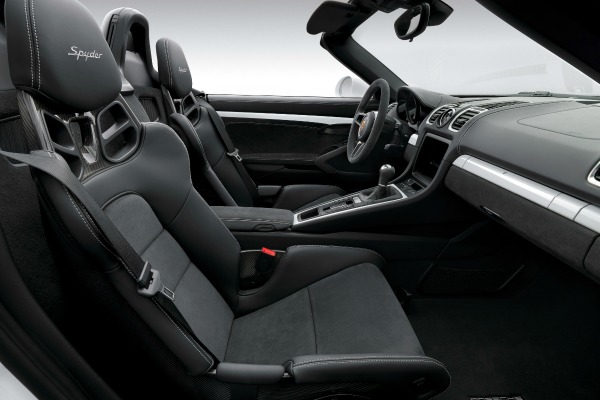 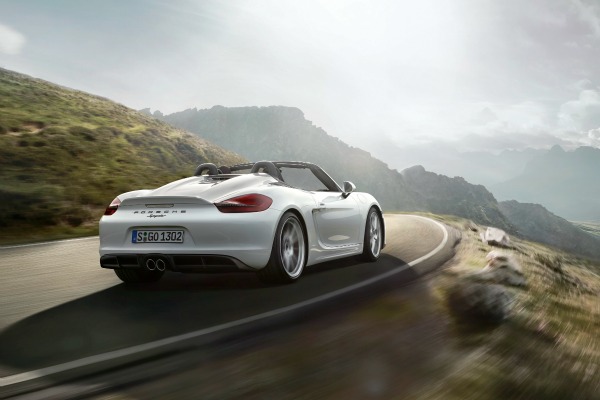 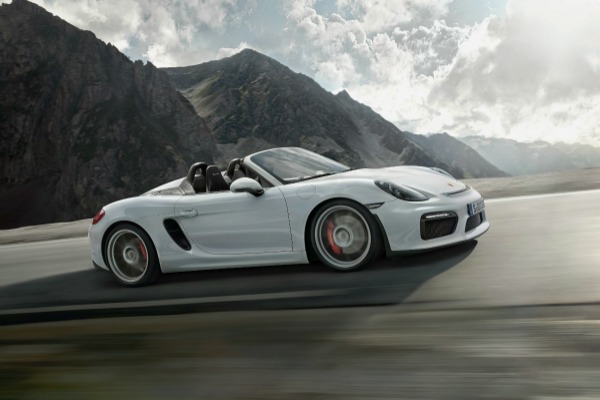 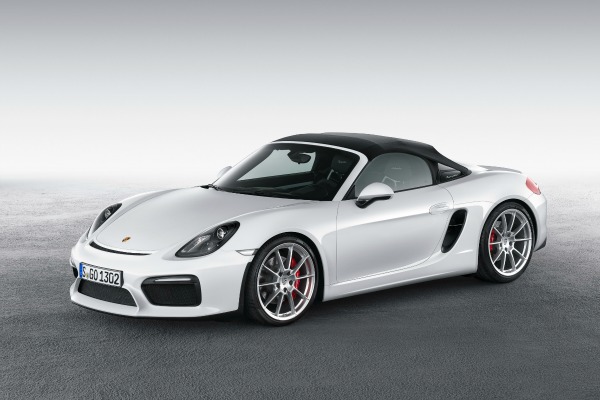 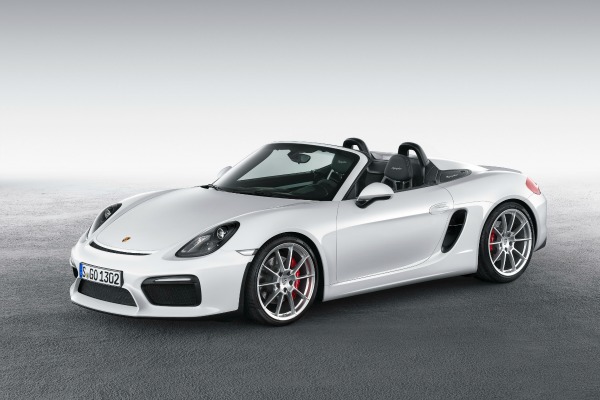 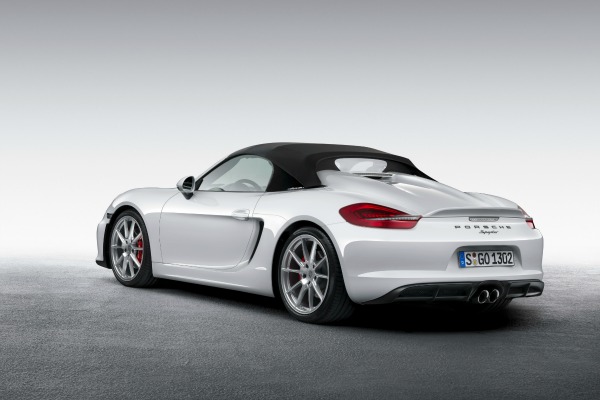 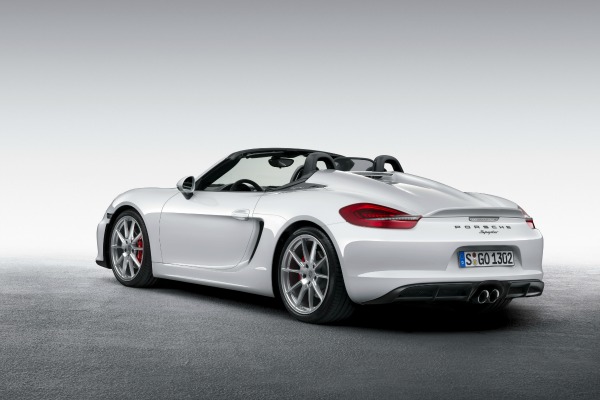 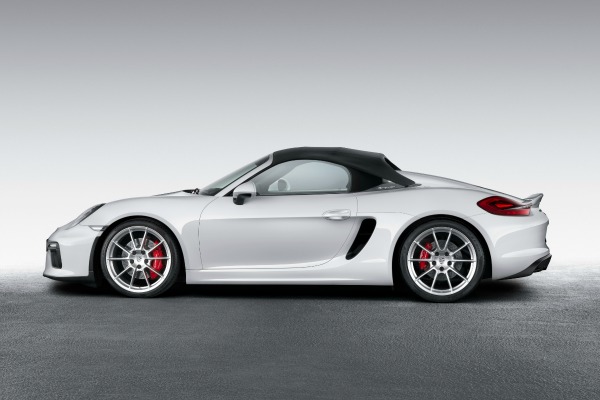 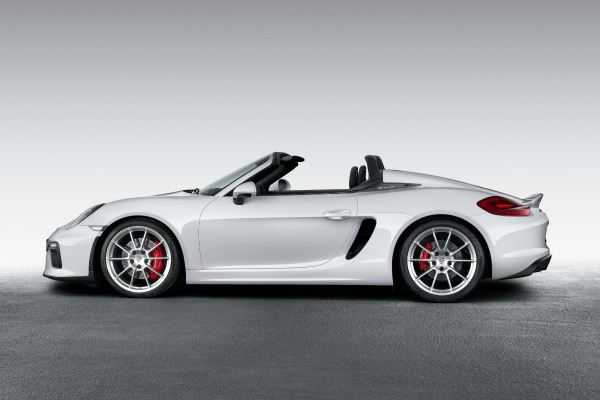 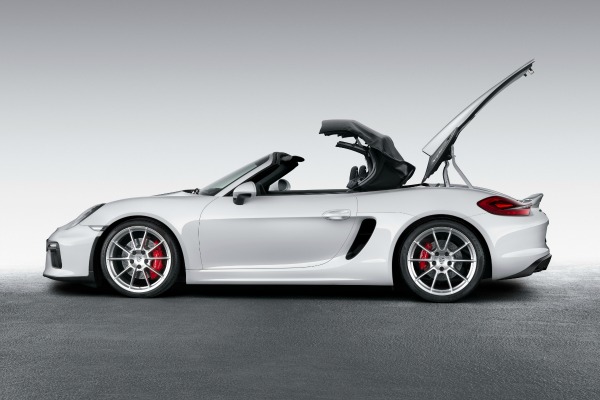 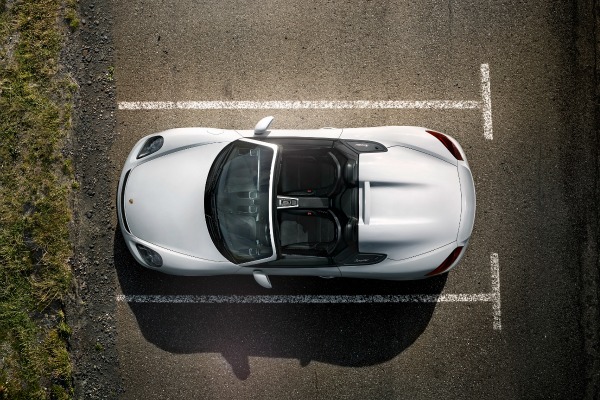 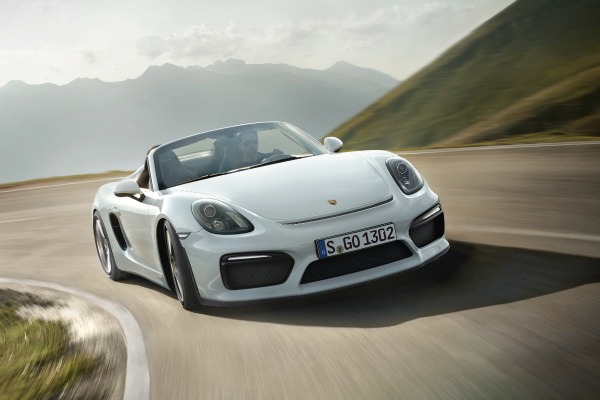 Porsche is beginning the 2015 convertible season by celebrating the world premiere of the new Boxster Spyder.

This purist sports car will make its debut at the New York International Auto Show. The new top model in the open two-seater series retains the independent character of the previous Spyder, which has already attained cult status. For example, the classic fabric roof is still opened and closed by hand, and the sports car is only available with a manual transmission.

As a true original roadster, the Boxster Spyder offers a traditional sports-car driving experience but with contemporary performance. This means a firm sports suspension with a 20-mm lower ride height, brakes taken from the 911 Carrera, more direct steering, and a 3.8-liter six-cylinder engine with an output of 375 hp (276 kW). Drivers and passengers can thus look forward to a genuine sports-car experience with outstanding driving dynamics in the lightest yet most powerful Boxster there is. It only takes around 4.5 seconds for the Boxster Spyder to sprint from 0 to 100 km/h; the model’s top speed is 290 km/h. NEDC overall fuel consumption amounts to 9.9 l/100 km.

The distinctive design of the Boxster Spyder includes stylistic elements that recall the legendary sports and race cars from Porsche. For example, as a tribute to the 718 Spyder from the 1960s, the new Boxster Spyder has two prominent streamlined bulges that extend down along the long rear lid behind the headrests. The partially manually operated, lightweight top is suitable for everyday use and brings to mind roadsters from the past, while the fins that stretch back to the rear lend the vehicle’s silhouette its characteristic design. The front and rear end of the model were taken from the Cayman GT4.

More so than in any other Boxster, the interior of the new top model creates an atmosphere that elicits a feeling of pure driving pleasure. The driver and passenger sit in light sports bucket seats with large side supports, while the new steering wheel with a diameter of 360 mm helps ensure the mid-engine roadster can be driven precisely and with great agility.

In line with the model’s purist design neither a radio nor an air conditioner is included as standard equipment in order to reduce weight. However, both can be ordered ex-factory as optional equipment at no extra cost. In addition, the entire range of Boxster audio systems is available for customers to choose from as an option. The Porsche Communication Management (PCM) system with all of its special features can also be ordered as optional equipment, for example.

The new Boxster Spyder will be launched on the market in July and can already be ordered at dealerships. Prices in Germany start at 79,945 Euro(including sales tax and country-specific equipment features).