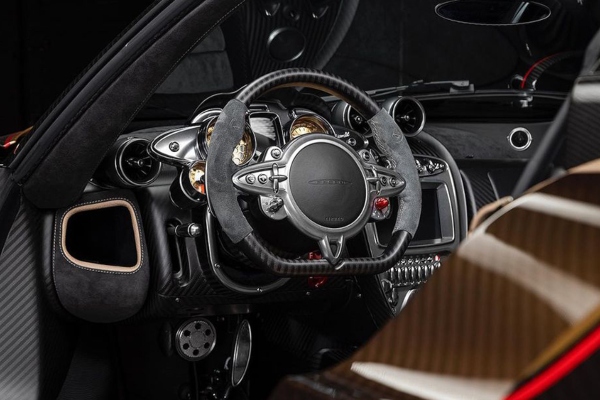 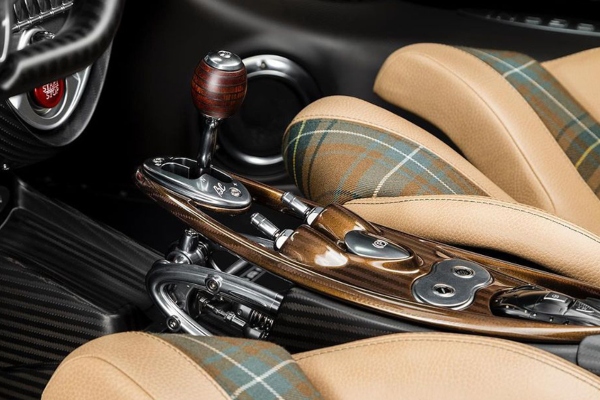 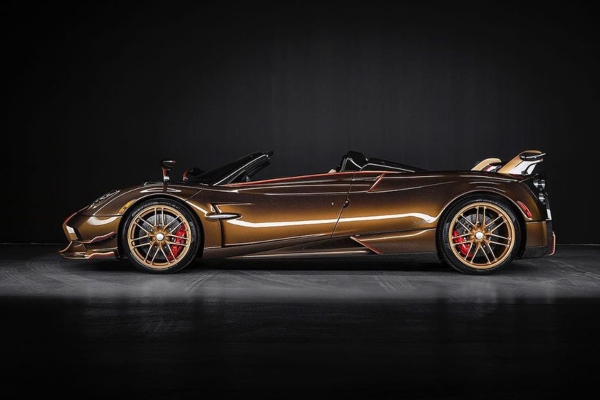 As defined by dictionary, a supernova is an explosion of a star… Now, thanks to the Pagani brand, that term also represents an incredible hypercar with a price tag of several million dollars…

Italian brand has just introduced a brand new Huayra Roadster BC named after this celestial phenomenon, and as it seems to us at first glance, it is equally powerful and dazzling. The unique four-wheeler was ordered by a wealthy Canadian collector, Olivier Benlouou of OB Prestige Auto, who worked directly with Horacio Pagani to create this car. The magnificent sports car got exposed carbon details, finished with Oro Rossa (rose gold) color. The main decoration is its V-shaped front hood, which shows both rose gold and classic carbon.

The spectacular exterior of the car is accented with golden, shimmering accents that adorn its curves, like stars in the sky. If that’s not enough shine for you, know that this exotic beauty also features Bronzo Chiaro wheels with the same diamond sparkle, along with red brake calipers.

“This is not the original configuration. It was actually a last-minute change and we are really glad that Olivier decided on such a bold move ", explains Chris Green, general manager of the showroom in Toronto.

The interior can be described as unaccented compared to the exterior, but at the same time, it definitely exudes the Pagani sense of luxury. It features a combination of cream leather and a unique tartan fabric on the seats, along with black Alcantara details on the dashboard and gold instrument panel. However, the main decor of the cabin is definitely the gearbox that is created from several layers of carbon and balsa wood.

Under the hood, there was no need to play with perfection. As standard, Huayra packs one of AMG twin-turbocharged 6.0-liter V12 engines, which can develop a beastly 800 horsepower, giving the model the ability to accelerate from zero to one hundred kilometers per hour in just 3.5 seconds and reach a top speed of 321 kilometers per hour.

The Huayra Roadster BC, which made its debut in the racing arena before appearing at the Montreal Motor Show in 2019, will be limited to just 40 units worldwide. Currently, this is the only model found in Canada. Each car in its factory edition costs 3.5 million dollars, which makes them the most expensive. If you add the process and the price of adjustment to that, you can assume that the price of this Supernova edition is astronomical.