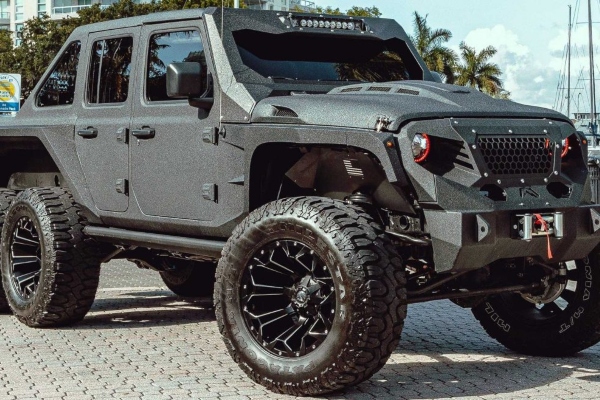 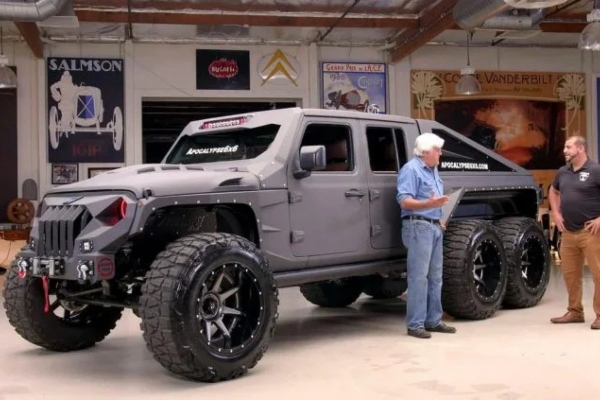 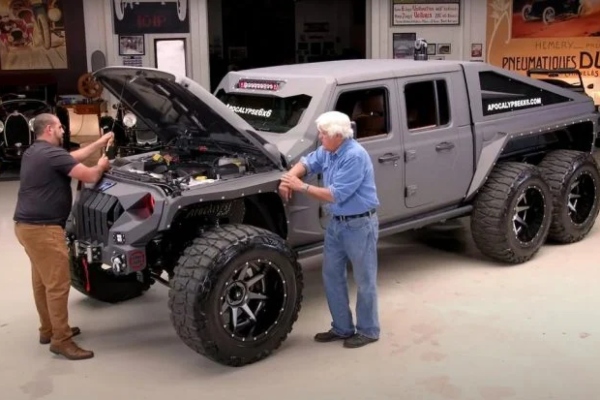 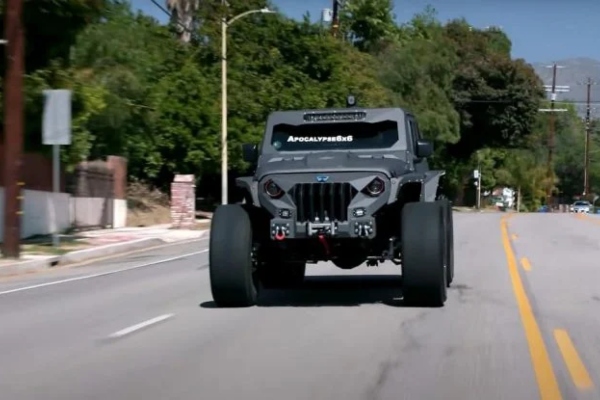 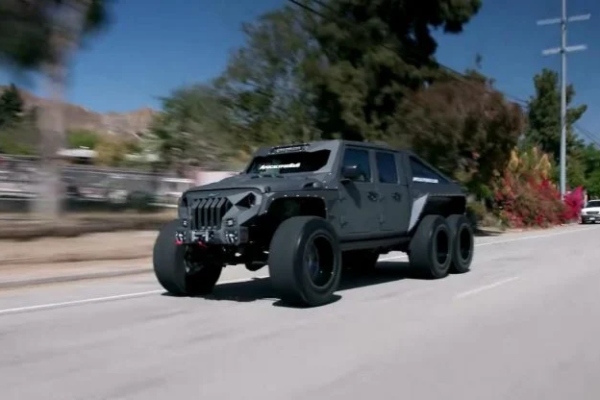 Last month, we wrote about a wild 6x6 model called The Warlord, which is based on the Dodge Ram 1500 TRX, and was created as a work of a tuning company from Florida, Apocalypse Manufacturing…

We can freely say that it is one of the craziest off-road vehicles we have seen lately, and it seems like the perfect model to escape if a zombie apocalypse ever really occurs. However, the company also offers something even crazier than this model. Meet the Hellfire 6x6, a premium luxury vehicle, which is based on the Jeep Gladiator model. It is a machine that can get you out of every trouble and every kind of apocalypse. The owner of the company from Florida was a guest on Garage, Jay Leno's show with this amazing model, giving us a more detailed insight.

Weighing in at about three tons, the Hellfire 6x6 is a veritable beast. Leno seemed impressed with the acceleration and braking of this model. The tuned model has a real 6x6 layout with a mid-axle patented by this company and an eight-speed automatic transmission borrowed from the Ram 3500 HD. The truck you can see in the video is powered by a Corvette LS3 engine that produces 500 horsepower, but the company says that a slightly more powerful version is available with a Hellcat V8 that can produce up to 707 hp. And while the exterior looks untamed and wild, the interior is virtually intact.

The cabin is wrapped in leather, while the model also features large screens and an infrared camera with panoramic views. Leno admits that this six-wheeled monster is not exactly to his taste, but he appreciates the idea behind this project. If you like it, know that you can buy it at a price ranging from $ 150,000 to $ 250,000.