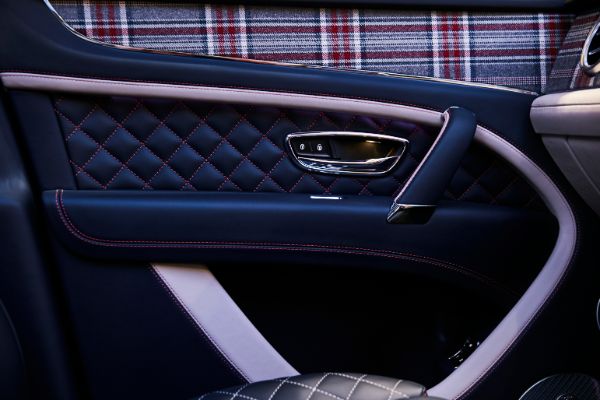 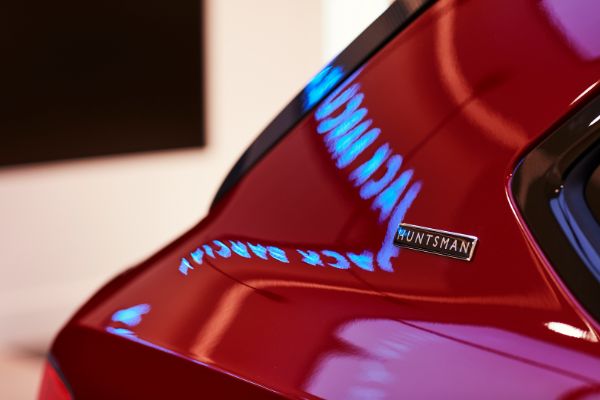 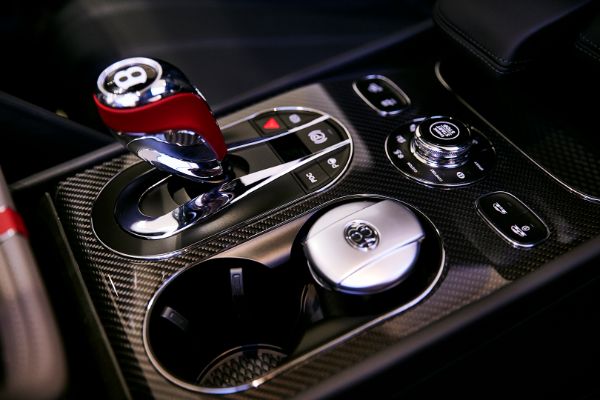 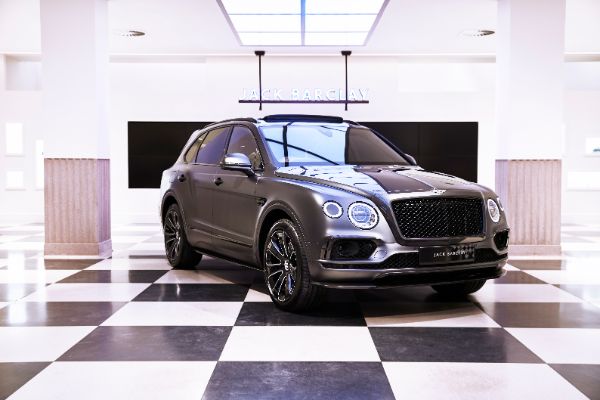 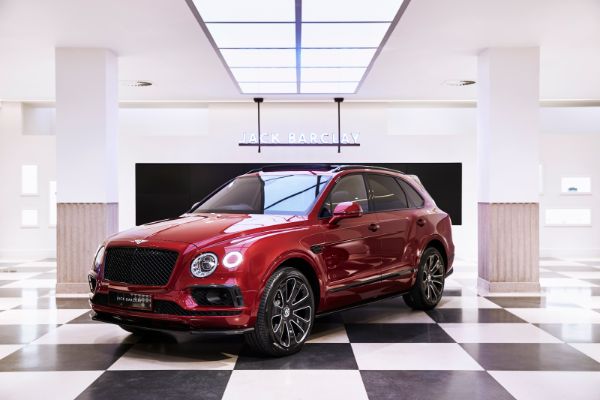 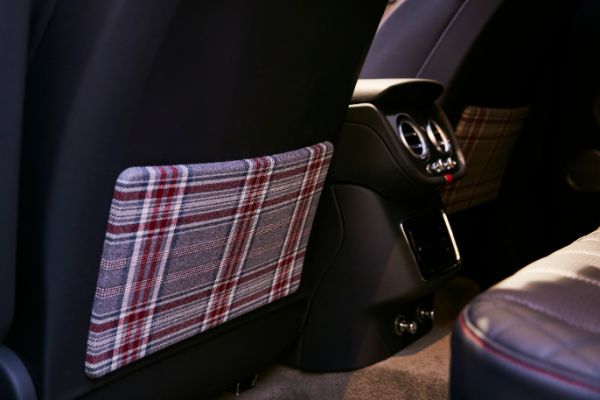 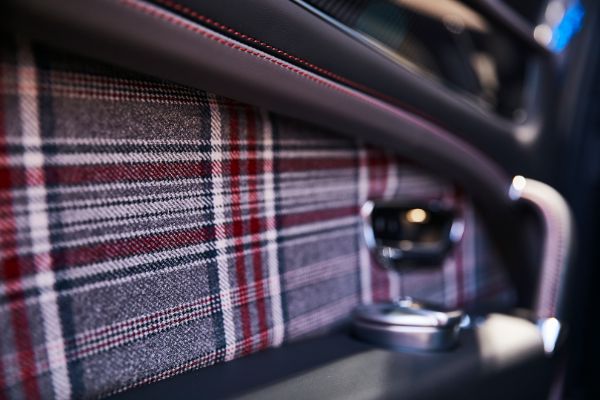 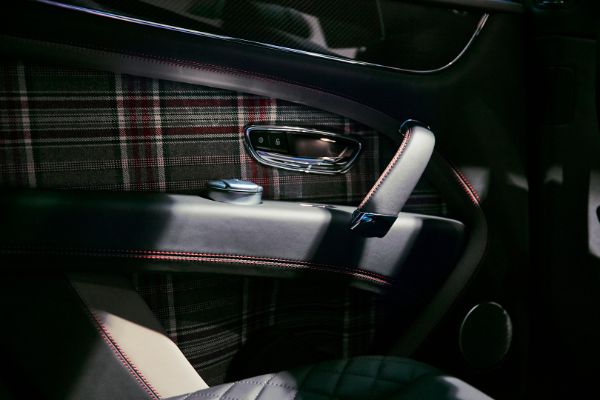 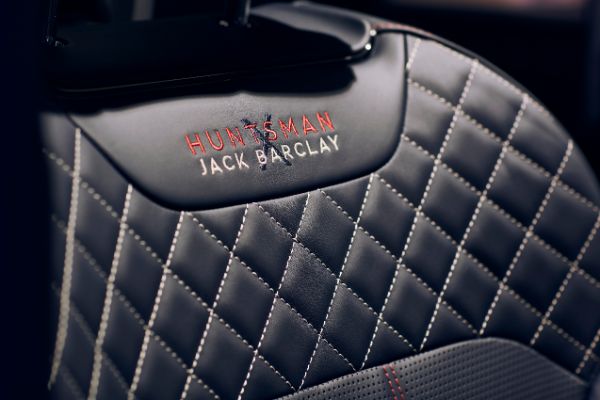 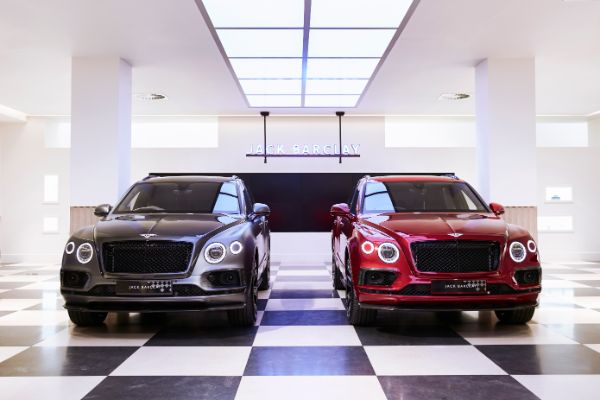 The ‘Sportsman’ and the ‘Businessman’ Bentaygas each utilise Huntsman fabrics with Bentley’s emblematic colour and trim, reflecting the individual lifestyles of the two collaborators’ customers. The designs feature a distinctive interior pattern based on iconic Huntsman tweeds, including the Peck 62 which has been exclusively created in celebration of Huntsman’s Centenary and inspired by an original Gregory Peck coat from the Huntsman archive.

Anthony Peck, Gregory’s son, gave Huntsman permission to recreate this cloth for the house’s centenary year. Featuring in a range of exclusive Huntsman house tweeds from 1962, this cloth was commissioned by Gregory Peck for a classic Huntsman sports coat.

Gregory, famed for his impeccable sartorial flair, was a friend and patron of Huntsman his entire life. This cloth was originally woven by Hunters of Boara, so meticulous attention and care was taken when selecting single-end yarn to replicate the twist yarns originally used.

To create this cloth, Huntsman partnered with Johnston’s of Elgin, who have over two centuries of experience in weaving the most exquisitely luxurious fabrics. The result is a fantastic twinning of a modern more relevant weight cloth but with a soft, vintage colour pallet.

A further exciting feature of the ‘Businessman’ model is the bespoke Mulliner chessboard in the rear seat rest, complete with a drawer trimmed in Huntsman fabric which houses the chess pieces. The chessboard mirrors the Jack Barclay showroom’s chequerboard floor, which has been in place since Jack Barclay moved to Mayfair in 1954. Huntsman and jack Barclay logo are embroidered into each of the seat rests.

Both limited edition Bentaygas are geared towards the customer’s lifestyle. The ‘Sportsman’ take its cue from relaxed countryside pursuits, with a more pronounced use of the tweed on passenger and driver fascias and waistrails, and includes Imperial Blue leather and Liquid Amber veneer inserts, paired with a Candy Red exterior. In contrast the ‘Businessman’ has a more urban spirit, with a deep black Anthracite with Anthracite Satin duo exterior, carbon fibre fascias and waistrails and tweed on door cards, or map pockets.

Stefan Sielaff, Director of Design and Mulliner, Bentley Motors, commented: “Bentley is delighted to bring together two brands which have such an impeccable heritage in the heart of London – Jack Barclay and Huntsman. The personalisaiton work we do at Mulliner is about bringing a vision to life – like creating a perfect tailored suit – so adding an element of bespoke Huntsman material to the Bentayga’s lavish and beautiful interior is a perfect fit.”

Customers who purchase a Huntsman edition Bentayga will each receive a Huntsman bespoke jacket that will be delivered with the car and can select from a variety of cloths and tweeds for their garment. The jacket will feature a lining made exclusively for Bentley Motors.

Huntsman owner Pierre Lagrange commented: “We are delighted to work with Jack Barclay, celebrating Bentley’s centenary and Huntsman’s 100 years on Savile Row. Bentley espouses the timeless British values of authenticity, bespoke craftsmanship and attention to detail, all of which Huntsman embrace in each tailored suit we create for our clients”.

Huntsman and Jack Barclay share common links with a history based in London’s stylish Mayfair district, the epicentre of luxury and craftsmanship. Jack Barclay Bentley was established in Mayfair in 1927 by famous ‘Bentley Boy’, Jack Barclay, just eight years after Huntsman arrived on Savile Row. The shared heritage is complemented by mutual values of bespoke creation, exemplary customer service and a quest for perfection.

Jack Barclay Bentley, now managed by the H.R. Owen Group, is an important part of Bentley history that has been exquisitely preserved. Recently subject to a multi-million-pound renovation, the Jack Barclay site retains many of its original design features, including the chequerboard floor, art deco signage and ornate entrance.